← back to
Melodic Revolution Records

All Is Not For All 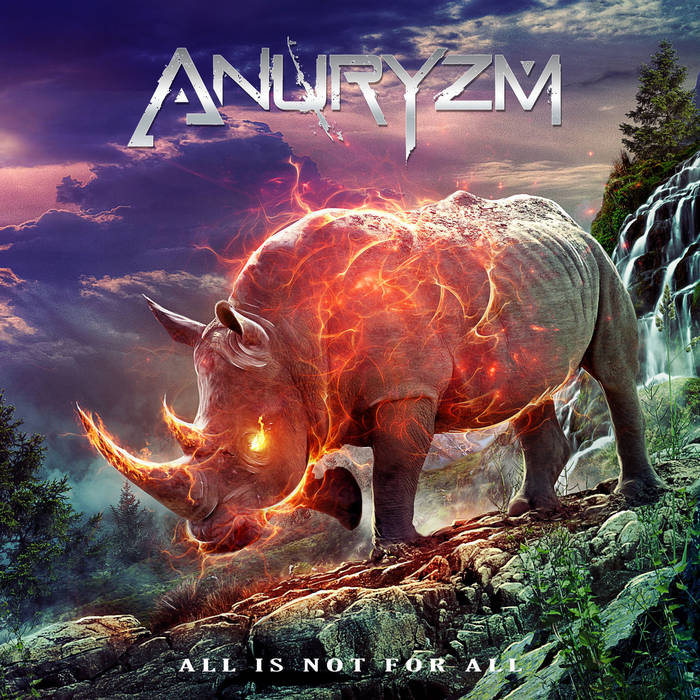 nanohead This is a GREAT album. I've been listening to it over and over again. There's a ton of metal, but also a ton of nuance and subtle melody. Vocals are really good too. Some tracks are more musically adventurous than others, and they are awesome. I keep switching favorite tracks.... 199X is simply amazing Favorite track: All Is Not for All.

Cover Art:
The album cover displays the ‘Worm’ as a younger man in his early 30s and starting out in his despicable exploits trying to work his way to the top. In this image, he leaves his destructive habitat in search of new places to devastate, but inevitably enters into unchartered territories only to run into trouble as he comes face to face with the Rhino, which in this case represents purity. The Rhino is both tangible and ethereal and could represent a number of spiritual forces to a large number of people due to his majesty and ancient wisdom. Due to the relative inexperience of the Worm, he has no option but to turn away to escape and maybe try again in future. Rhinos are very peaceful when at ease but yet very aggressive and powerful when provoked. The Worm must learn to tame the beast before he can even attempt to overrun it. The artwork is a snapshot of the Worm living in the PAST.

Album Title:
The album title “All Is Not For All” is a warning to those who claim that they can have their cake and eat it too. Not everything can be handled by everyone, whether it be money, fame, women, power etc… The title also lends a warning to both the “Worm” and mankind to figure out their priorities and may the better side win. The concept is a neutral one, much like the concept of creationism or as we like to think, “The Force.” Which side will prevail? (I think we know the short term answer, in “Worm’s Eye View.”) There must always be a balance between good and evil, yin and yang, dark and light.

Bandcamp Daily  your guide to the world of Bandcamp